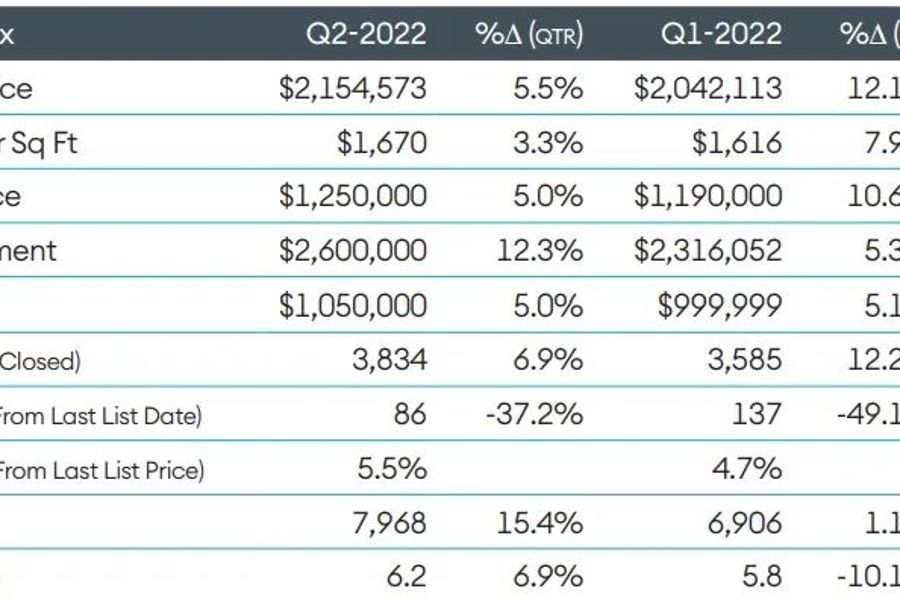 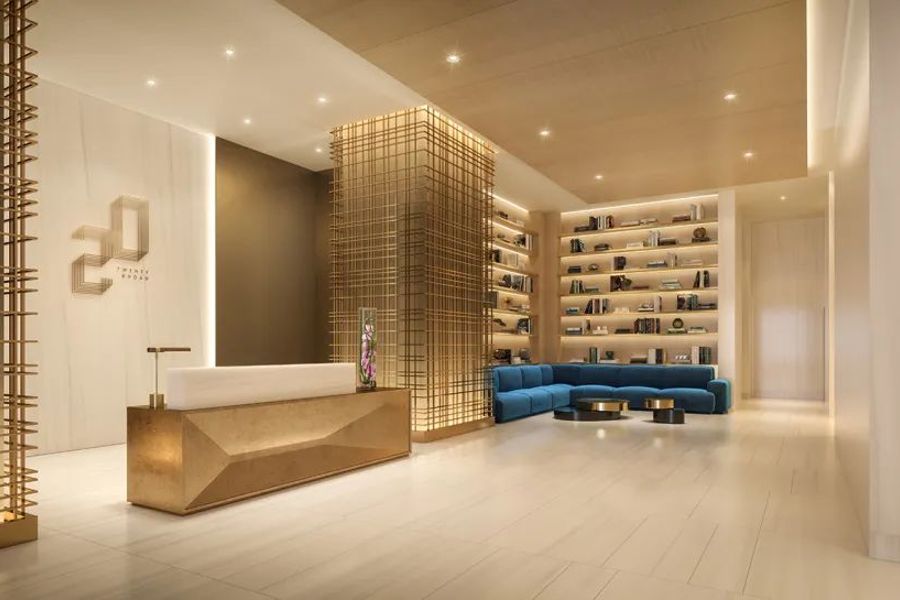 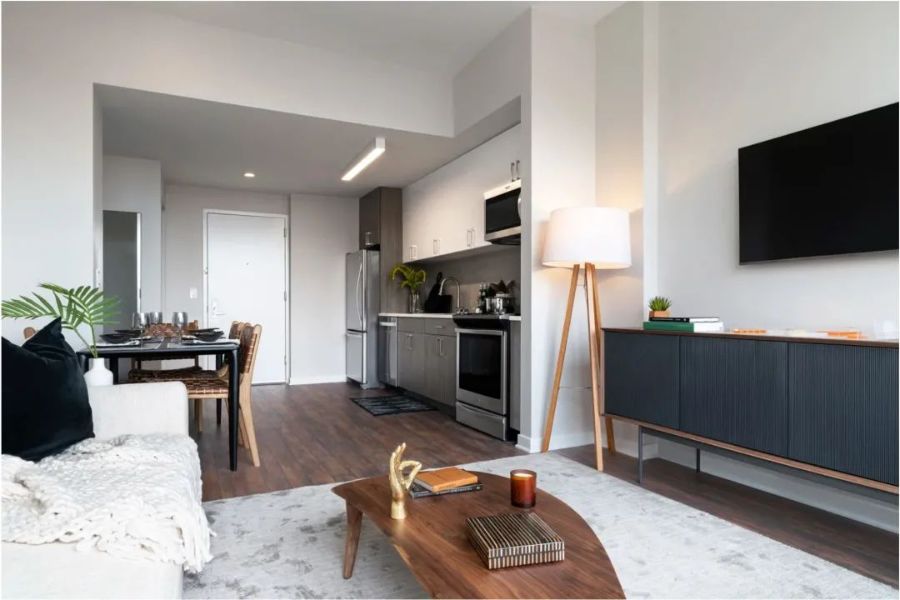 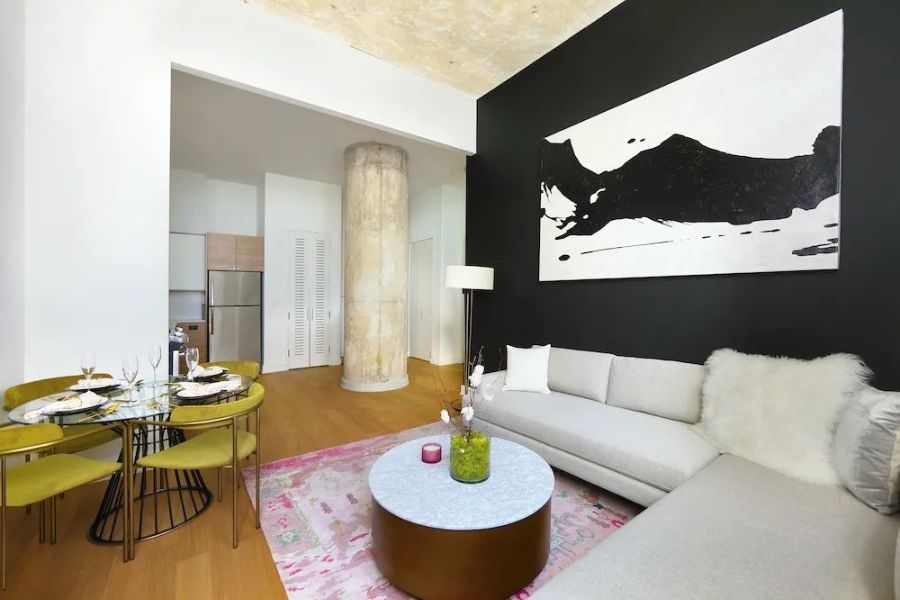 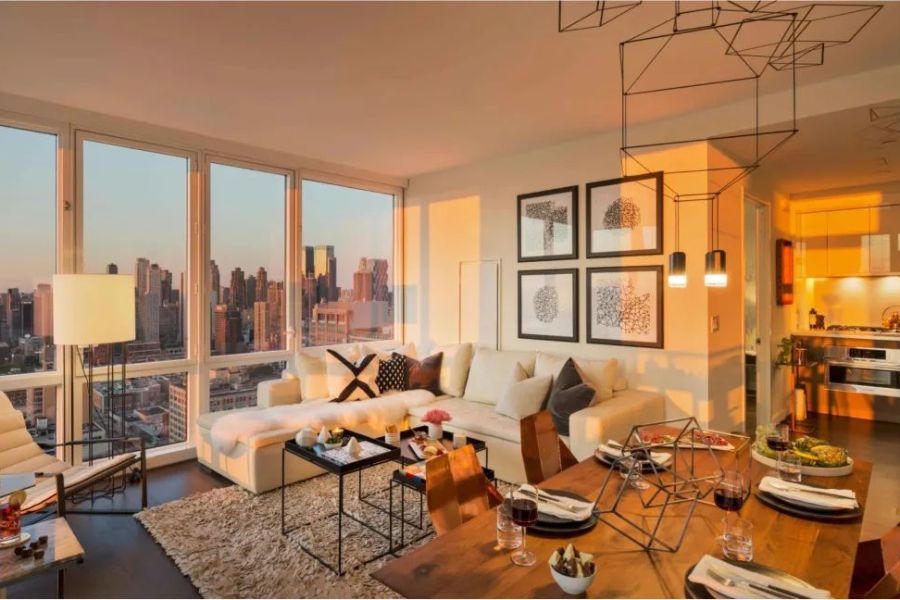 As the pandemic improves, rents in New York City have skyrocketed.

The June market report released by real estate firm Douglas Elliman shows that the average rent in New York has exceeded the 5,000 mark for the first time, reaching a staggering $5,058. The highest gain in the past month was 3.8%.

With the reductions and exemptions related to the epidemic and the disappearance of free months, New Yorker has to accept the reality that the cabbage price rent has passed, and the era of high rent has arrived.

Then: 20 Broad, built in 2018, is a office refurbished condominium in the heart of the financial district on Wall Street /strong>, the NYSE is next door. Not only is it easy to commute, but amenities like a gym, rooftop terrace, and more are also available.

Last year, you only needed $1900 to get a studio and have your own single world, who can't be tempted at this price!

Now: However, the regular Studio is now $3400+, and the Alcove Studio is all the way up to $3900. And this price is already very good value in downtown, which is really sad for those who hear it.

Then: The 235 Grand in New Jersey, which opened in 2019, is the first choice for many international students. It is close to Grove Street Path station It only takes 5 minutes on foot, and 10 minutes on foot to Dahua Chinese Super League.

During the epidemic, 2b2b only needs $3500-3800, quiet and money-saving, and commuting is not troublesome, although far from the center of the Isle of Man, it can be satisfied at any time Chinese stomach, foreign students really love it.

Now: The current price...you can't tell. The same unit has soared to $5400 last year for $1300 for a master bedroom, and this year it can't even afford a living room.

Then: LIC's modern industrial building with 12-14 feet of ceilings in New York City with an average ceiling height of 10 feet It's a ceiling!

The room is airy and spacious, plus the huge discount of 4 months free month during the epidemic, Studio has reached the jumping price of $1700 >.

Now: This year's Eagle Lofts Studio price doubled directly to 3k+, which has gradually become a high price for us The appearance made many students who came here to cry without tears.

But in conscience, horizontal comparison, Eagle Lofts' room size is still the best in many buildings, and it is still high cost performance /strong> selection.

Then: As the well-deserved top streamSky of Isle of Man, who would have thought it would have Stu< strong>dio 2k+ time! In the early 2000s, you can enjoy the excellent view of large floor-to-ceiling windows, NBA level basketball court, and Chinese Consulate Being a neighbor's top security, it's not too nice

Now: With the waiver and free month gone, even Studio is nearly 4k and >26-month leases are prohibitive. But the top-of-the-line facilities and location are really hard to put down, it's a love-hate.